The Activist and the Capitalist 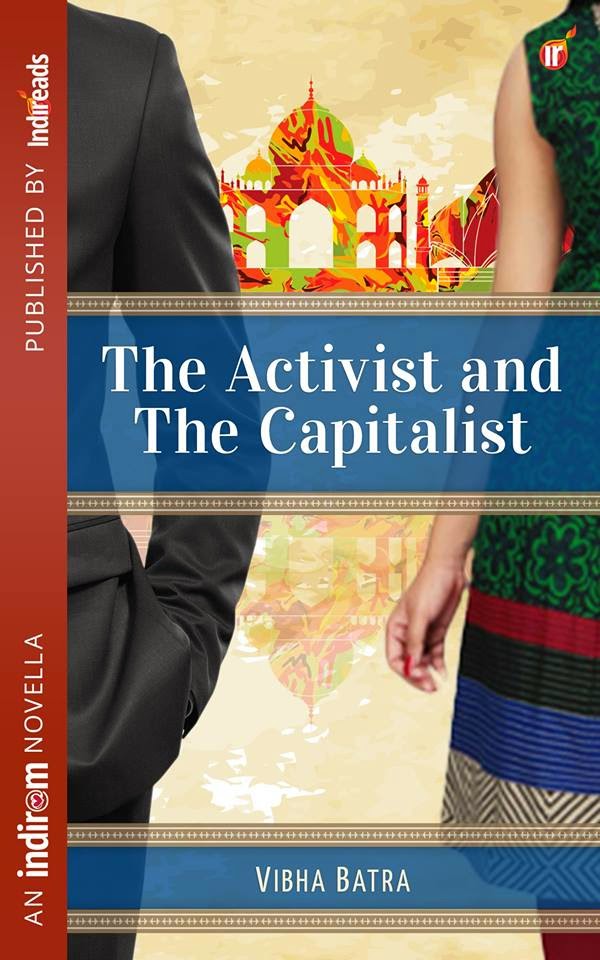 “I’m not drunk – just a litt-le high.”On a magical moonlit night, Jai and Anusha meet and fall in love. When they meet again however, they discover that Jai is the crass capitalist developing Rasa Vihar, the heritage building that Anusha and her NGO are fighting to protect. Inevitably they clash, with neither willing to concede to the other. The problem is that although publicly they are enemies, in private, they are wildly attracted to each other. – but when secrets and betrayals enter the equation – things really begin to get out of control. Will the Activist and the Capitalist ever be able to find common ground?An exciting love story, set in Chennai from the best-selling author of Sweet Sixteen.

I liked the lead characters so much- Anusha and Jai. Anusha is an introvert, a twenty four year old who finds it difficult to open up to people easily, and let them get close. She goes into a defensive state and retreats to a shell when people try to get overly familiar with her.  I can so relate to that. But she is lively, unpretentious and feels comfortable to be around Jai. He makes her feel safe to be herself, to put down those walls she has build consciously around herself. And Jai, despite being a business tycoon is very down to earth, who enjoys life’s simple pleasures and takes heart in giving his time and care to the woman he likes. And I love them together- Jai- the dashing and debonair, and Anusha- the refreshingly real and passionate.

Their war of words is so fun to read, and the quips in the long conversations would make readers want for more. I like their sweet talks about shared common interests and fiery debates about conservation of heritage, equally. The cute moments at the cup cake stall in the carnival are my favorite. Who wouldn’t fall for a guy who willingly helped manning the cup cakes stall, made elaborate preparations for a date and put a lot of effort to make you feel special every waking moment?

Besides the usual romantic lovey-dovey tale, the story does have a message for the readers. It raises a very serious question- Whether development and progress at the stake of obliterating the past is justified?

I want to help Anusha when she takes to baking with a vengeance, when she does it to calm her stressed mind. I want to accompany her when she’s browsing books in the local bookstore and lingering over a cup of coffee to lift her spirits. Read the novella to know the drama between the ‘firebrand’ activist and the ‘hotshot’ capitalist.