Showing posts from August, 2017
Show all

The Calligrapher's Daughter- Part I 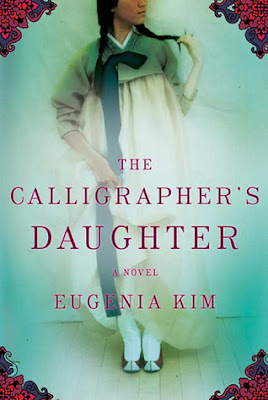 Book Blurb:
“Najin Han, the privileged daughter of a calligrapher, longs to choose her own destiny. When her traditional father seeks to marry her into an aristocratic family, her mother defies generations of obedient wives and instead sends Najin to serve in the King’s court as a companion to a young princess. But the King is soon assassinated, and the centuries-old dynastic culture comes to its end. Spanning thirty years, The Calligrapher’s Daughter is an exquisite novel about a country torn between ancient customs and modern possibilities, a family ultimately united by love, and a woman who never gives up her search for freedom.”
Thoughts (First 100 pages):
The title itself suggests that the story is of that daughter, whose identity is defined on the sole pretext of being her father’s daughter. She has no name. She wasn’t christened with one on the hundredth day of her birth, as the traditional Korean custom had it for the sons. There was no celebration, no festivities on the occasi…
Post a Comment
Read more
More posts