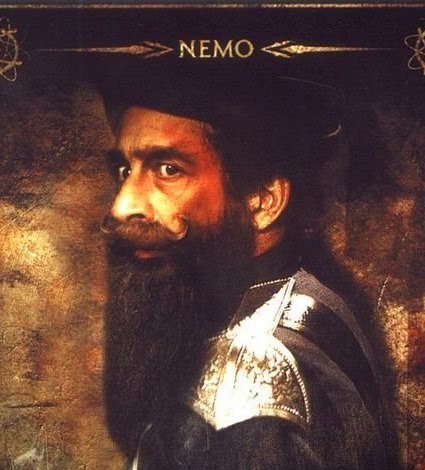 Captain Nemo in 'The League of Extraordinary Gentlemen'.

Played by Naseeruddin Shah, it was one of my favorite magic and supernatural movies. I don't know if I would still like the movie, but years back it was a very interesting watch. Everything paranormal or extraordinary fascinated me to no end.

"Captain Nemo (Prince Dakkar) is a pirate. A scientific genius who roams the depths of the sea in his submarine, the Nautilus, which he helped build on a deserted island. Nemo tries to project a stern, controlled confidence, but he is driven by a thirst for vengeance, and wracked by remorse over the deaths of his crew."

P.S: Sorry for making it so short. A to Z challenge is becoming tough for me to manage. But I'll survive. Tomorrow I have a child character, in her early teens. Just one hint, she's Spanish, created by a very famous Spanish author. The movie adaptation is the one of the most widely watched and appreciated spanish movie. :)