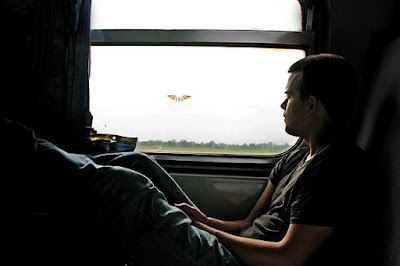 Looking around the railway station, I wondered how I would spend the night and the entire next day in the congested compartment of the train. Being used to traveling in first class flights and luxurious cars, I could not fathom taking a train. My driver fiddled with his key and was evidently impatient to get out of the humid station. The train pulled up at the station and I climbed in with my two huge trolley bags. I found my seat, slid the bags under and sat down.

The seat opposite to mine was occupied by a man who seemed to be in his late thirties. He was lying down and on the ground was a folded wheelchair. He was reading The Holy Bible. In his branded coat and limited edition watch, he reeked of money. I did not quite understand why he would want to read The Bible when there are millions of other books. When he caught me staring at him, he gave me the brightest of smiles and said, “It is the only book that teaches to live and the meaning of life.”
“Life is meant to be lived. How can anything teach how to live?” I asked curiously. He smiled again and answered, “You will only know when you read it.”

We introduced ourselves and discussed various topics at great lengths. He described the several places that he has been to with occasional remarks from his attendant. He was a traveler and visited a new country almost every other month. He talked about the culture, the people, the historical monuments, the food and several other aspects of countries like London, Italy, India, and numerous other places. He described the operas and musicals and theaters that he had been to. His attendant revealed the names of the various orphanages and institutions he has donated to. Unmistakably, he was a down-to-earth person. It was quite palpable from the way he spoke that he loved traveling and experiencing something new every day.

Hours later, his attendant announced that it was time for him to take his medicine and go to sleep. While the attendant helped him to bed, I looked at him with pity. Before going to sleep, he looked at me and said, “I lost my legs four years ago in an accident. At first, I was devastated and miserable. But it was only after I accepted my loss that I found my love and passion for traveling and running charities. When you lose something precious, you also receive something exceptional. It is in giving that we receive. So, please do not pity me for my condition.”

I stared out of the window as the landscape passed by and counted the number of times I have done something for others or gave something out of generosity. Why could I not think of even one occasion?


I drifted off to sleep while contemplating my life till now that I have lived selfishly. 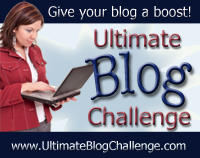