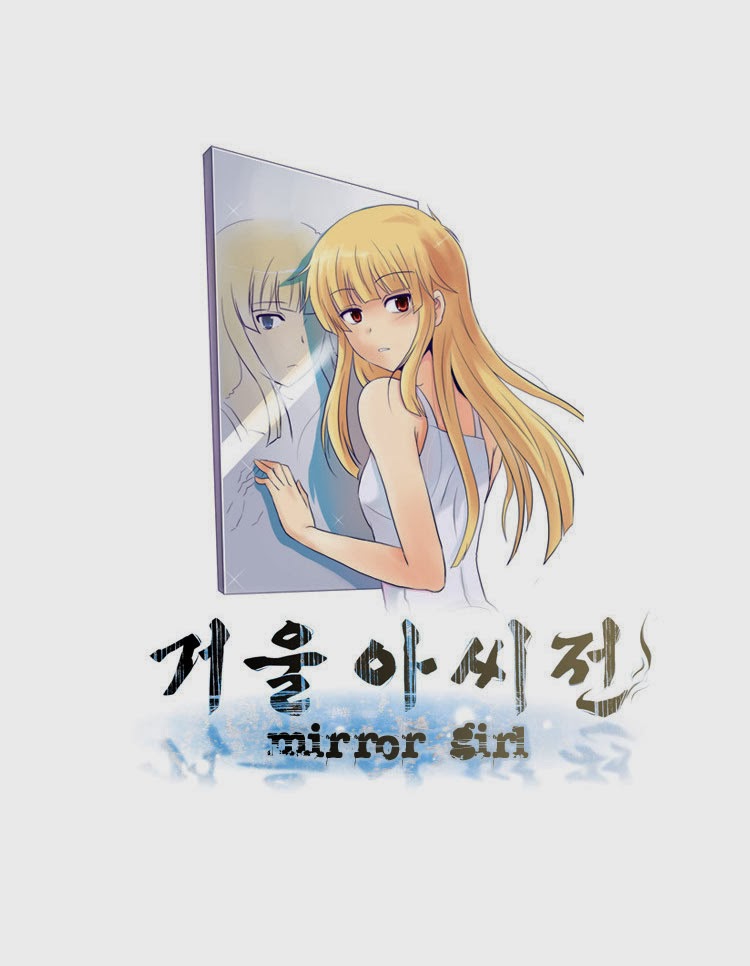 ‘The Mirror Girl’ is a webtoon or a manhwa series that can be read online at Naver or can be downloaded at here, or here. Manhwa is the Korean version of manga- the Japanese comics. This is the first webtoon series that I read and I loved it. I liked the pictures, the anime-like drawings, the cute Korean expressions of the characters, and the dialogues. Every chapter was enjoyable with it’s twists and turns and cliffhanger endings, which compelled me to continue. It has just 24 chapters, so one can easily read the whole in a day.

The story deals with doppelgangers, impersonators, reincarnations, clones and look-alikes. There are many folktales and legends about people having the same or similar face- like a Korean myth about a rat that became the exact copy of a man after eating his fingernails, or the story ‘The Strange Case of Dr.Jekyll and Mr.Hide’. Some believe that there are as many as seven people with the same face living on the earth in the same era. 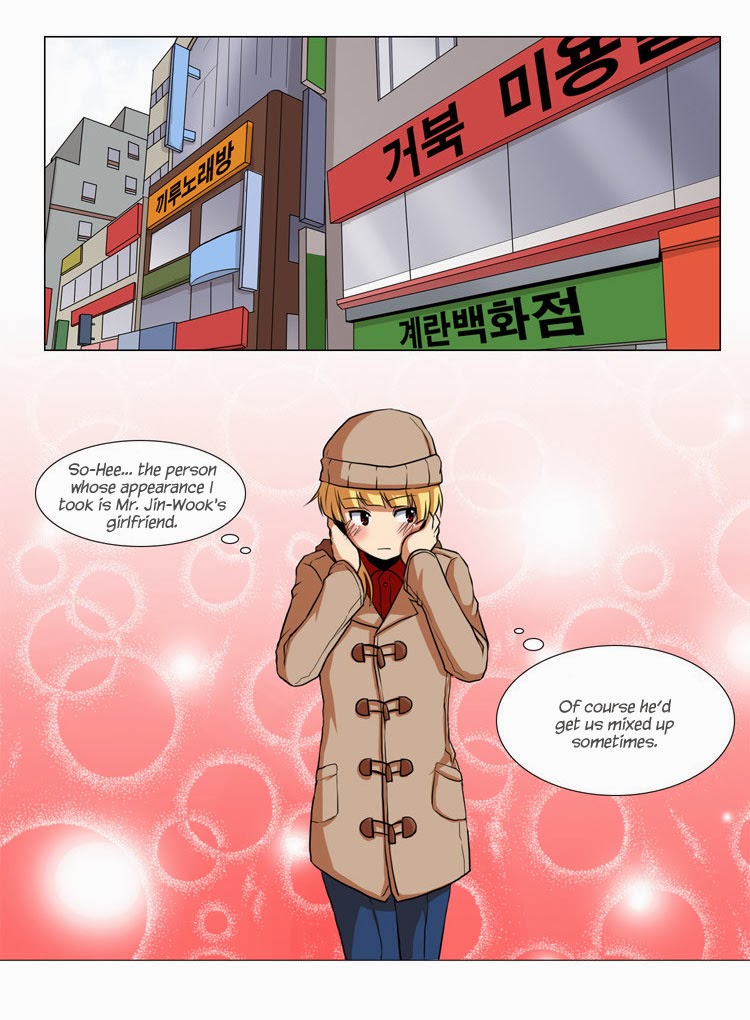 Jin Wook, the male protagonist of the series, one day finds So Hee, his ex-girlfriend, in an uninhabited neighborhood wearing clothes to be donated to orphans. She tries to run away from him when he calls her name. After a lot of chasing he realizes that she’s not So Hee but someone else who quite uncannily resembles her. He notices that her bruises and cuts heal in an instant. Understanding something is amiss, he demands her answers. She finally admits that she’s a fake- a shape shifting monster who took So Hee face, features and memories to live as human. Thinking she may be a danger to So Hee’s life(that she may kill So Hee and take her place, her life), though she constantly claims to be innocent, he decides to keep an eye on her. So with the twist of events, the Fake ends up living with Jin Wook, in his apartment, hiding from the rest of the world, and with time, brews up romance.

While the Fake’s getting used to human life, Jin Wook comes to know about his double. This is just the beginning. There’s a lot of mystery and mind games. What happens when two identical persons encounter each other? What is the reality of the Fakes? What is the actual identity of Jin Wook? Read on to enjoy this interesting tale. You won't be disappointed, I can assure it.
book review comics manga manhwa review