The Gu Family Book- A Review 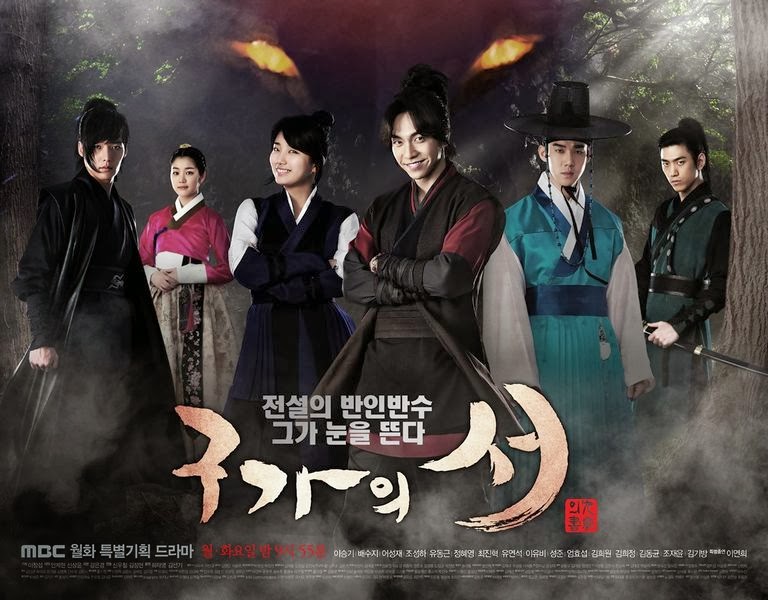 Gu means nine in Hangeul(Korean). The book here refers to the bible of a mythical being gumiho- the nine tailed fox(it's not the werewolf of western concept), which has instructions to live life, protect the mountains and transform into human being through penance.

Set in the olden times in Josheon, the story is about a gumiho named Kang Chi, who has no knowledge of his actual identity. He was abandoned in a river at birth, and was adopted by the owner of ‘The Hundred Year Inn’. A monk had professed that raising Kang Chi would bring him and his family health, wealth, happiness and prosperity. Playful and adorable little Kang Chi grows amidst the numerous servants, guests, masters, and ladies residing in the inn, unaware of his hidden nature and capabilities. In the meantime, there’s the entry of Yeo Wool in his life, the silly yet tough girl who would prove to be his one true love in future. 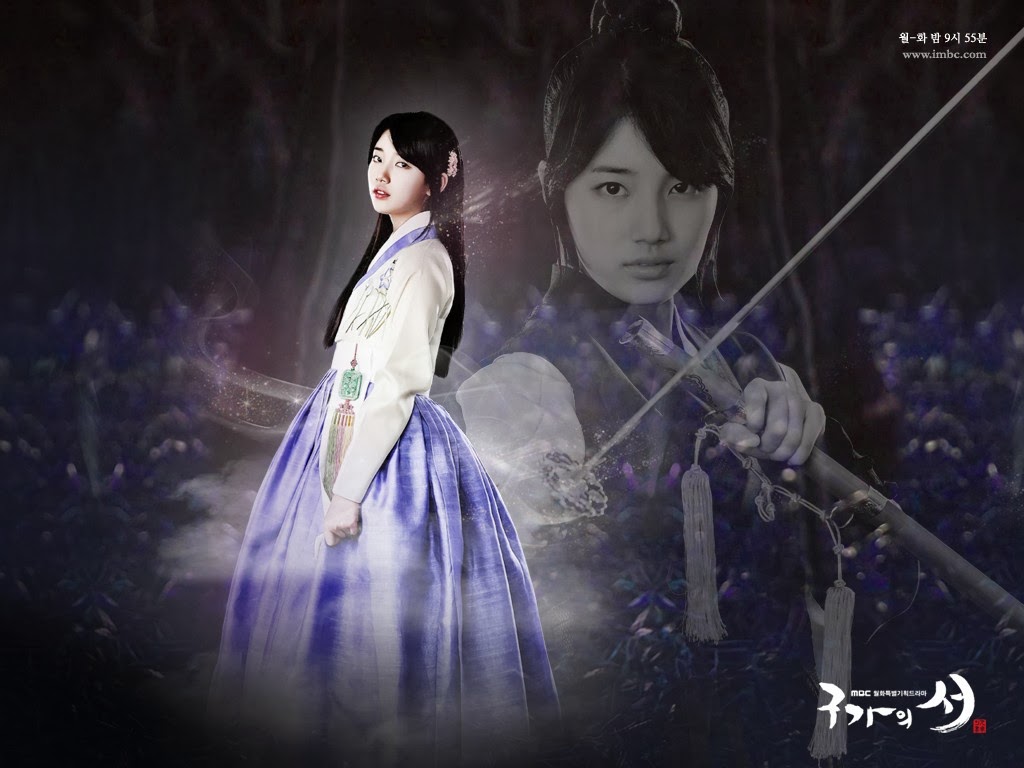 On his 20th birthday, Kang Chi feels changes around him, and within himself. He almost transforms into a fiery green eyed and sharp nailed vicious monster. It’s his first brush with his real self. He witnesses that trees and wind, and nature in its entirety listen to him, while Yeo Wool looks in awe at the healing magic blue particles rising from the earth(like the pixie dusts!) in his presence. He is unable to accept himself, and refuses to be consoled. But time is harsh on his master’s family- the only family he knows, his adoptive family. He forgets his pains and helps them through the tough tides- the false charges of treachery, the death of the Lord and the Lady, and a life of slavery for their children.

But the actual story starts from here. And it’s too long. It’s a historic melodrama. Small mysteries are maintained throughout to instill interest in the audience. There’s the return of Kang Chi father who is also a gumiho, and his mother who is a human; the military activities and preparation of a probable war in the background; the blossoming love and trust and the presence of the supernatural in the periphery.

My verdict of the 24 episodes- it was too long. They had just dragged a 16 episode story into a 24 one. It was not upto the expectations. After having watched ‘My girlfriend is a Gumiho’, your expectations from a gumiho related series are quite high. The plot was too undecided- couldn’t get what it wanted to be- a supernatural thriller, or a political thriller, or just a historical fiction. It mixed too many themes together. And again, there’s Lee Seung Gi(loved his role in King2Hearts!!!) playing the role of Kang Chi and Suzy(of Dream High!) portraying Yeo Wool. 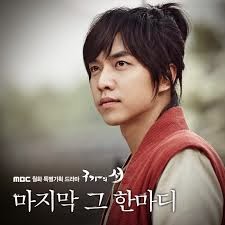 But I liked the costumes, setting, sword fights and action sequences, and especially the animation and graphics. It really had a fantasy world kind of feel. And those blue particles in the forest under the moon lit sky really spelled magic.