A Page from my Diary 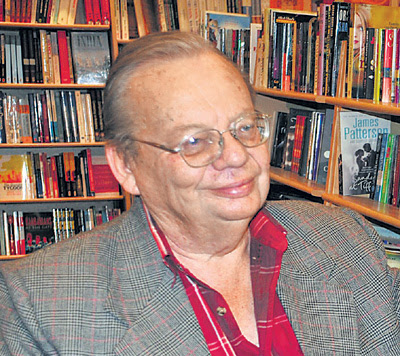 When you finish reading a book, especially after the last line, you are left with a void- the world of 300 or 400 pages which you had loved being a part of, has ended, much to your satisfaction or dissatisfaction. You are left with an inspiration, and thinking. You are compelled to give at least a thought to the author’s feelings at the end, his/her viewpoint and all that he learnt through his experiences. It affects you deeply, though sometimes the effect is short-lived. You are left with imagination of the situation, similar incidents occurred with you in the past. You want to believe the lines and everything that is conveyed in between the lines and bask in your own fantasies. 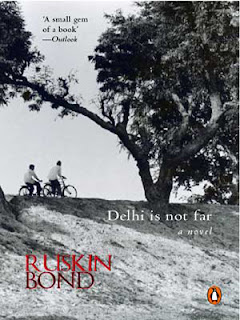 Today I finished reading “Delhi is not far” by Ruskin Bond. I would say that the book is not as good as any of his short stories, but then everything he writes urges an afterthought. Though simple in prose and easy in diction, every just-so writing of his is thought provoking. This novella left me with a dollop of nostalgia, a sweet-sour feeling. 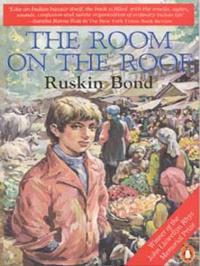 I have finished reading the novella “Room on the roof” by Ruskin Bond. He writes similarly as in “Delhi is not far”. I don’t like tragic stories. At the end of the book, nothing shows happiness, it only shows ‘compromise’ with the ‘circumstances’. But like all the Ruskin Bond works, this too had that sense of longing, the homesickness, the nostalgia, the loneliness, and the momentary pleasures. When I finished reading the book, I was so depressed that I could not even work out the math’s sums. I actually can’t accept life to be so tragic. Life should be full of friends, relatives, and happiness. Having no one is something alien to me, and even to my thoughts. I cannot imagine life that way.

But the fact that he had written such a masterpiece at the age of 17 only made me a huge fan.

My favorite short story by Ruskin Bond (among the few that I have read) is ‘The Night Train at Deoli’. 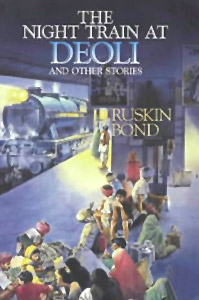 “’The Night Train at Deoli’ is a story of adolescent infatuation presented with great sensitivity. It expresses the narrator’s love for a poor basket-seller whom he encounters at a small railway station while on his way to Dehra. He meets the girl only twice, never to see her again, but she remains in his memory ever after. The story reminds us of Wordsworth’s ‘The Solitary Reaper’, a frequently made comparison that has earned Bond the Soubriquet ‘Indian Wordsworth’.”

And yet again the last lines leave me with deep longing and nostalgia. “I wonder what happens in Deoli, behind the station walls. But I will never break my journey there. It may spoil my game. I prefer to keep hoping and dreaming, and looking out of the window up and down the lonely platform, waiting for the girl with the baskets.


I never break my journey at Deoli, but I pass through as often as I can.”
book review ruskin bond