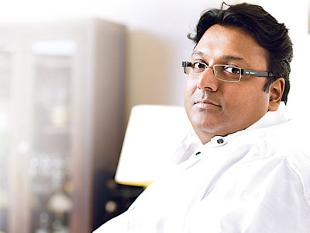 “……Dan Brown has an Indian challenger in Ashwin Sanghi”- The Week.

The book jacket reads as follows:
“A cardboard box is found on a shelf in a London library. When the mystified librarian opens it, she screams before she falls unconscious to the floor.

Within the labyrinthine recesses of the Vatican, a beautiful assassin swears she will eliminate all who do not believe in her twisted credo.

An elite army of thirteen calling itself the Lashkar-a-Talatashar has scattered around the globe. The fate of its members curiously resembles that of the Christ and his Apostles. Their agenda is Armageddon.

A Hindu astrologer spots an approaching conjunction of the stars and nods to himself in grim realization of the end of the world. In Tibet, a group of Buddhist monk’s searches for a reincarnation, much in a way their ancestors searched Judea for the Son of God. In a strife-torn Kashmir, a tomb called Rozabal holds the key to a riddle that arises in Jerusalem and gets answered at Vaishno Devi.

An American priest has disturbing visions of people familiar to him, except that they seem located in other ages. Induced into past-life regression, he goes to India to piece together the violent images. Shadowing his every move is the Crux Decussata Permuta, a clandestine society, which would rather wipe out creation than allow an ancient secret to be disclosed.

In ‘The Rozabal Line’, a thriller swirling between continents and centuries, Ashwin Sanghi traces a pattern that curls backwards to the violent birth of religion itself.”

Read “The Rozabal Line” by Ashwin Sanghi. Finished reading it today, yes, finally! The first and foremost thing about this book is the abundance of interesting facts in it, which arouses interest, curiosity, compels to know more about it and to keep reading. More often than not, I found myself searching the net about all those facts that I read in the book, and it made my experience of reading the book a wholesome and satisfying one. Thanks to the author, for the 15 pages of well compiled ‘Notes, Acknowledgement and References’ at the end of the book. What impresses one the most is the extent of dedicated research done by the author. Though the book feels like a Dan Brown novel or a James Patterson novel at first, it succeeds in proving its originality in concept and content gradually. It feels great to hold a book (and read it too!) of such international standards with Indian roots.

The characters I enjoyed reading about were Father Vincent Sinclair, his aunt Martha, and their friend Terry Acton- their conversations were very interesting, and the past life regression and future projection episodes involving them were nail- biting. The Japanese assassin, Swakilki’s villainous methods and ordeals surprised suddenly and unexpectedly every time. Enjoyed reading about Kami- the Japanese gods and goddesses caught in the cycle of birth and death, and their presence in history; about the Buddhist monk’s search for the next Dalai lama- the reincarnation of the previous; about Bhrigu Samhita- one of the oldest documents in Hindu history, a database of over a half million horoscopes that predict future events accurately, originally compiled by (god) Brahma’s son, and it’s almost destruction by the Muslim invasion in Nalanda library; about the Goa Inquisition- the torture done on Hindus and Muslims for compelling them to convert to Christianity, for the propagation of Christianity- the violent birth of a religion; and about Jesus, the ritual Hieros Gamos (meaning death and resurrection) ,the entire Israeli episode. 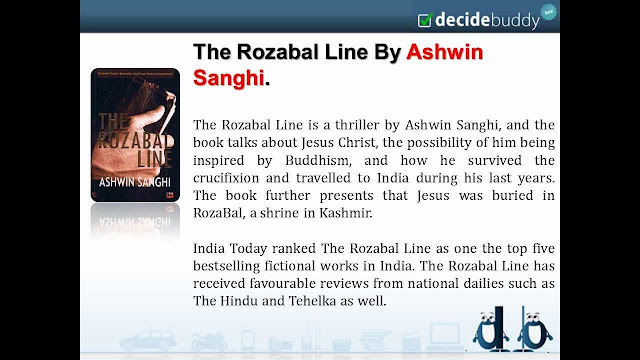 Ashwin Sanghi’s debut work is really commendable; much greater than what is expected from a banker’s first attempt at writing. The first book by him that I read was “The Krishna Key”. And that single book had made me a devout fan. Now, “Chanakya’s Chant” waits to be read in my bookshelf.

The book cover is a beautiful blood red colored jacket with white embossed author’s name and golden embossed title, and an image of a cross lurking near the periphery. The eye catching embossment is present in his other books too. The cover itself gives a ‘thriller’ feel. Published by Westland ltd, it is priced at Rs. 250. www.westlandbooks.in