Zeenat Mahal: The Historian and The Hunter 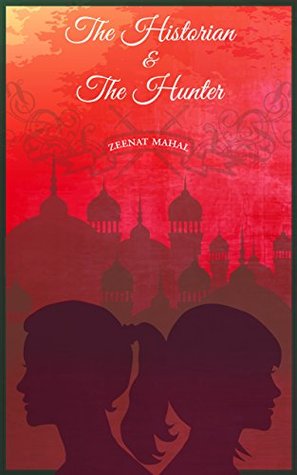 Book Blurb: The Historian and the Hunter by Zeenat Mahal


The Historian and the Hunter by Zeenat Mahal is an urban fantasy novel, very much different from the romances that the author is famous for. The title refers to sisters, Shirin and Laila, who having lost their parents while young, live in the red light district of Lahore under the protection of Madame Ara, but tend to have secrets of their own. Lahore here is shrouded in mystery and some centuries old secrets.

Shirin is a strong, courageous, and determined hunter. Laila is a smart and sensible historian. They are identical twins. While Shirin is outdoorsy and chooses to go on fighting and slaying evil monsters, Laila chooses to lose herself in a scholarly pursuit inside the library. They are a part of the Majlis-e-shameer, aka The Secret Council, an organisation of keepers and protectors who are responsible for keeping the city of Lahore safe from the witches, giants, djinns, demons, shape-shifters and other monsters.

The novel begins with Shirin and Emir, her 'saibaan', fighting and killing a nau-guzza (giant creature) who is said to be sighted after fifty long years. As they decide where to bury the giant away from the townsfolk, they are sure the Council is hiding a greater truth, something they have no idea about. On another occasion they capture a 'churail' (witch) that has been sighted after a century. Naagins (shape-shifting snakes who turn to humans as a result of a century long penance) which prefer secluded areas, are seen near human settlements. Something big is amiss, the protagonists vouch to find it out. Meanwhile Laila unearths several other secrets from parchment rolls and journals from labyrinths, secret passageways and doors hidden behind modern constructions. From another reputed historian's journal she discovers links to existence of werewolves- the creatures of the night. Does Laila's repeated dreams about such a human changing to a wolf on the influence of the moon mean anything? Do the siblings always stand up for each other or do the dynamics of their relationship change?

First thing that intrigued me, was the title. Zeenat Mahal does choose her book titles well. The book cover is stunning too- the sisters in the backdrop of the traditional buildings in Lahore and a mysterious emblem. I was really eager to read how Lahore in the novel had transformed to accommodate mystical beings. I was intrigued about the story, and not at all disappointed. The hint of a romance between the characters, the easy camaraderie and friendship brought out the secondary characters well in the tale. Though I would still prefer the romances like Haveli, The Contract, She Loves Me He Loves Me Not by Zeenat, I would congratulate her on writing a totally different genre this time. Narration is a big plus in her novels, it compels me to listen to the story of the characters.

Recommended for all readers looking for a thrilling tale with good combination of mystery, magic and adventure. 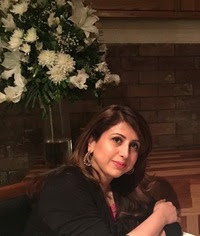 Zeenat Mahal is the #1 bestselling romance author of She Loves Me He Loves Me Not, Haveli, and The Contract. She has an MFA in creative writing from Kingston University London. She writes and teaches creative writing in Lahore. she likes to stay in touch with her readers via Instagram, Facebook and twitter.