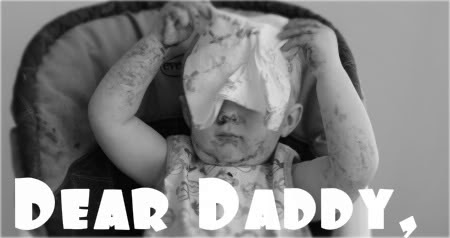 Siddharth rested his head on the steering wheel. Three meetings in a single day was too hectic for him. Now the damn Bangalore traffic wouldn't let him reach home. Ruhi must be waiting for him, his loving daughter.

After two long hours Siddharth finally reached home. Ruhi came running towards him in her baby feet. ‘Papa…papapa…’the two and a half year old sang. He lifted her into his arms and magically the whole day’s exhaustion vanished. ‘O, my little princess, give me a kissie,’ he said pointing to his cheek. The little one was too happy to oblige. ‘Aw, it hurt…’ she said, hands on her lips. ‘Oh, sorry, papa has forgotten to shave,’ Siddharth touched his ears. The smiling face returned, Ruhi laughed.

Next morning, Ruhi was early at the breakfast table. She sat on the table at the centre, and everyone sat around her, taking a morning kissie from her in turns, as if a ritual. She was everyone’s darling. But when her doting father’s turn came, Ruhi cried, ’Aw, it hurt…Papa, you didn’t shave… it’s like needles.’ Siddharth regretted. ‘How much time does it really take to shave?’ his mother chastised.

He then itself went and shaved. ‘Now my dearie won’t get hurt,’ Siddharth smiled to himself.


This post is a part of the Protest Against Smelly Stubble Activity in association with BlogAdda. This post is for P.A.S.S. I was tagged by Geeta Nair in her post here. I would like to tag Nischala, Privy, Shilpa Garg, Rajlaxmi .(Inviting you to write a post in 200-300 words for P.A.S.S. and don’t forget to mention me at the end of the post just as I have mentioned Geeta ma’m. For more information see here.)
Blog adda