My Last Foster Mom: A Novella 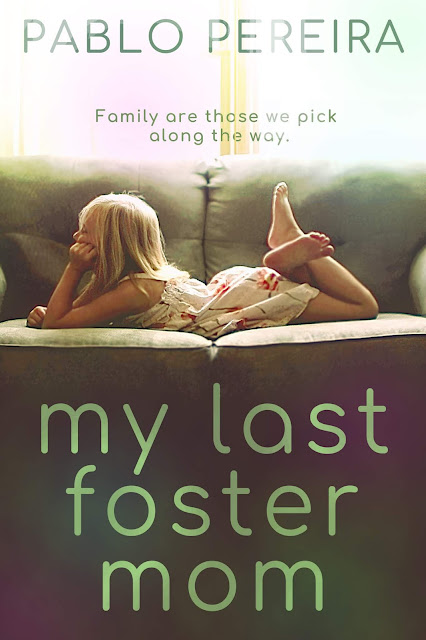 "Cynthia is a young widow struggling to raise her six-year-old daughter. Mathilde, an eccentric and short-tempered old woman, tries her best to keep people away. Despite their differences, Cynthia's circumstances draw them together.

Will Mathilde turn her back on Cynthia? Will these women learn the true meaning of a family?"

The book starts with Cynthia Dawson trying to make ends meet for herself and her daughter, Jeanne as they are left alone to fend for themselves after her husband passed away a few months back. But being the wife of a rather violent war veteran was nothing better than the life of a widow. He hit her and Jeanne whenever he felt like it and hung himself one fine day in the garage.

Charming moments between the mother and the daughter set pace for a heartwarming read. Cynthia has been an orphan living with several foster parents since childhood. And as the title suggests, the story revolves around Cynthia’s last foster mother.

A fateful meet with an old woman, Mathilde Royston, signals the end to their distressed lives and problems. Mathilde is a powerful wealthy lady who yells, barks and commands. She is loud. She complains a lot and isn’t at all polite. But she offers Cynthia a much needed job and helps her in need. Despite her rude manners, she actually cares and is kind. The rudeness is a façade and a defense against the big bad untrustworthy world.

Jeanne despite being just a six year old knows the dire situation they are in and cares for her mother. Mathilde’s manners and behavior take a turnabout when she’s with Jeanne. They get along quite well. Jeanne gets a granny that she never had, and Mathilde a granddaughter, when her own daughter is estranged.

Ian McAllister enters their lives. And that episode is hilarious. It made me smile ear to ear. Would love blossom again in Cynthia’s life as their lives entwine and change?  What really makes a family? What makes strangers a family in a matter of weeks? You must read to enjoy this journey.

The chapters are very short and the story progresses effortlessly. The narrative is in first person. We view the story through Cynthia's words. The characters with all their eccentricities and nuances are endearing.

Mathilde’s character was the most well developed one. Though the other characters had depth, there was minimal development through the story. Ian’s and Cynthia’s character could have been explored more, which perhaps wasn’t possible given the short length of the novella. One would remember the story more than the characters.

What I really enjoyed in the story were the dialogues- especially those involving Jeanne- some are humorous and some delightfully hilarious. A six year old really brings in a whole different dimension to the tale. Dialogues read very realistic, don’t seem forced. Quite conversational. Even the motherly exchanges between Mathilde and Cynthia, which are always coated with a harsh exterior. Hilarious exchanges between the characters makes it a very good read. Enjoyable indeed.

“Matthew wants me to be his girlfriend.” Jeanne says all of a sudden. I’m pushing a shopping cart across the aisles in the supermarket, but her words make me come to a sudden stop.

“And what did you tell him?” I ask her, tentative.

“I told him that he should learn how to tie his shoes before looking for a girlfriend.”

There. You have it. Who wouldn't smile at that.

A emotive, relatable tale. Grab this book for a light reading on a weekend.