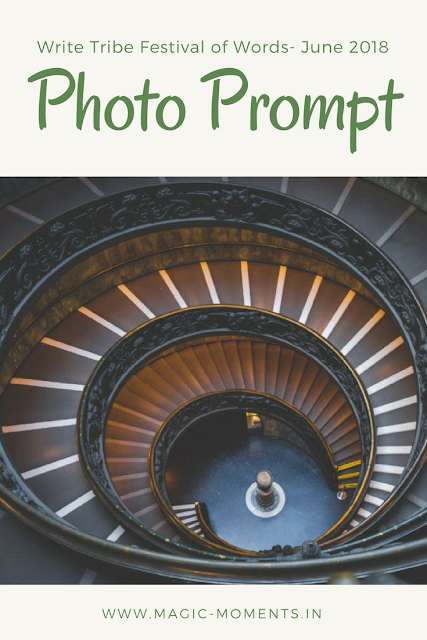 ‘How have you been?’ Adiel asked breaking the loaded silence. That did it. All the welled up tears found their way down my cheeks. I couldn’t contain them, even though afraid to create a scene at the party. His face construed with concern and pain. He put his glass of wine on the nearby table and moved closed. I was too overwhelmed to start the long overdue conversation. ‘Silah...,’ he brought his hand near my face. I turned and ran towards the door, into the darkness, away from the intimidating lights. ‘Silah, wait, please,’ he called after me as I descended the never-ending stairs.

Who was I running from? Adiel? Or was it my beating heart urging me to escape from the games that fate played? My life had changed a lot, and his must have too. There was no point in getting involved in each others’ lives again. Coincidences and serendipity could only bring lost heartbreaks.
I walked down the stairs and took a turn to the road not knowing which direction I should be going. I tried hard to control the tears- it was embarrassing as some of the passers-by turned twice to see if I needed help. Nothing could stop my bleeding heart, the wounds that had not yet healed were now reopened. Who could have guessed that my past would revisit me, that too at such a stage in life. ....