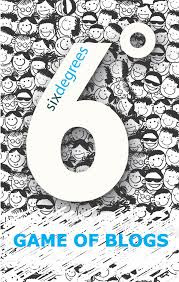 The title itself is eye-catching, but here there are no ‘Thrones’. It’s all about collaborative blogging, team spirit and a successful milestone in spinning bestseller stories. But why six degrees- I still cannot figure that out. Is it because there were six judges to rate the stories and find out the best three to be published here? Is it because there are six ways, six viewpoints amalgamated in this book? I’m not sure. I would really like to know the reason behind such an attention grabbing name.

As part of their #CelebrateBlogging initiative, BlogAdda.com ran the first edition of Game of Blogs in September 2014. Five characters and their descriptions were provided. The objective was to write a fictional story revolving around these characters. Bloggers came together as teams and after three rounds filled with its own set of twists and turns, three stories made it to the end.

The three stories in this book are a fascinating example of how one set of characters can have interesting lives with completely different dimensions. Six degrees is a result of how collaboration can truly breed creativity in the modern day world of connected living. 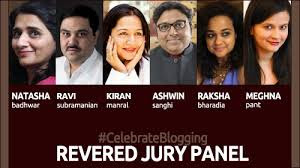 The Awakening – By Team By Lines

It is a mystery-cum-thriller where the lives of all the characters are suddenly in a great havoc. It is a science fiction- fantasy made believable with lots of researched facts which also add credibility to the imagined theories. The narrative is good; the flow of the plot is really great. What hooked me to the story is the way the mystery and suspense is maintained throughout, and each chapter has something essential to add to the story. I liked the concept, the portrayal of the characters and the theories supporting the fantasy a lot.

My favorite chapter- The one in which theories are explained using facts from Sumerian, Mesopotamian, and Egyptian civilizations; and also the unsolved mysteries around the world.

This story or novella is my personal favorite. I just loved the way characters are brought to life through dialogues, tidbits, and add-ons making them realistic and vivid. The chapters felt like watching a movie- the individual scenes were so well written and plot construction is just perfect. The murder mystery and suspense is kept up throughout by poetic prose monologue by the murderer, as the reader tries hard to figure out who that shadow is.

My favorite character- Well, more than one. Tara- the mother and power hungry media head, Jennifer –the photographer and of course Java- the manner less Police who heads the investigation and questions the suspects.

My favorite chapter- I loved the interaction and verbal strife between Tara and Jennifer when they first meet at the café. It had the best dialogues, I would say. And every interrogation scene with Java in it was a favorite. I really got entertained by his ‘devil’ monologue, tactful questioning and wretched behavior. 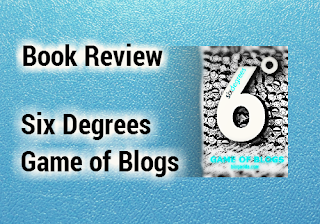 Missing- A Journey Within By Team Tete-a-Ten

I liked this one on the emotional perspective and depth. It delves into the personal lives and troubles of the characters. The readers feel their longing for love, anxiety, ego, hope, prejudice and hatred. It is the story of Cyrus, who lives a wretched life hiding his reality from his family and the society. He meets Roohi by chance when she had gone missing. (Well, I didn’t understand the importance of Roohi, Tara and Shekhar. It was like two separate stories met at one or two common points.)

My favorite character- Cyrus, of course

My favorite chapter- The penultimate and the last chapter, as the ending was very apt.

It’s hard to believe that eight bloggers could coordinate so well that the difference in writing style, dialogue, plot twists and turns are so seemingly negligible. It is such a rare and highly commendable feat. Published by LeadStart Publishing, the book of three novellas is priced at Rs.349/-. The panel of judges or the jury who decided the winners are- Ashwin Sanghi, Kiran Manral, Megha Pant, Natasha Badhwar, Raksha Bharadia, and Ravi Subramanian. At 422 pages, this is a great read, recommended for every casual or avid reader.