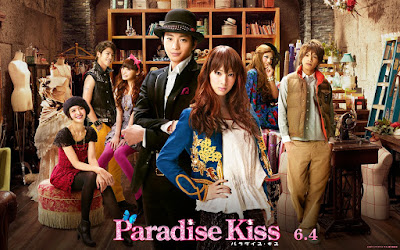 Paradise Kiss is a Japanese movie, released in the year 2011. It was distributed by Warner Bros. Pictures. The movie is based on a manga series written by Ai Yazawa and Kenji Bando. Though it hasn’t received any awards or accolades, it is not one of those romantic comedies that comes and goes and no one even remembers.

Paradise Kiss is a movie based on an anime of the same name. Yukari, a simple and hardworking high school girl struggles through academics only to be appreciated by her mother who had raised her by herself. But her life changes completely when she is asked to model for a group of students of the Fashion school called the Paradise Kiss. Being fed of living a life for the sake of her mother and the society, she runs away from home and agrees to model for the group. Though guilty for having left behind her family, she finds excitement and exhilaration in dressing up, posing for the camera and walking the ramp. Though the fashion show is Paradise Kiss’ last project ever as a group, Yukari finds her passion and goes on to become a famous star. This movie is not only about the struggling fashion designers but also about friendship, love, passion and hard work and about discovering our abilities.

Yukari is a hardworking girl ever since she was a child in order to impress her mother and get into the best college. Yet, her mother never acknowledges her; rather bestows all her attention on her smarter younger brother. At first, Yukari looks down on the fashion students and calls their work a joke. But while making friends with them, she discovers her passion for modeling. 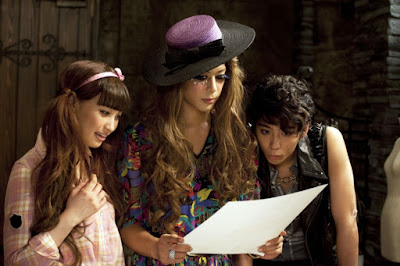 George is a genius fashion designer full of beautiful ideas. He constantly encourages Yukari by saying, “You don’t know who you are.” Along with these two main characters, the other persons are quite realistic, some lovable and some despicable, but each equally understandable.

The story was simple yet deep. The use of upbeat and happy music was quite effective in relaying the emotions of cheerfulness, excitement, and motivation. The movie’s running time was roughly two hours. Though it ended on a happy note, the finale wasn’t very satisfactory. Twenty minutes prior to the finish, I was sure that there wouldn’t be a happy ending as there was no reason, throughout the film, to expect it.

No matter how good the story is, the appeal of the movie also depends on the acting. The male protagonist of this movie was somewhat restrained and the only thing he did in the movie was stare at the heroine with only occasional dialogues. Also, while portraying the character of a genius fashion designer, not much of his designing skills were shown in the movie. The heroine, on the other hand, was quite controlled in her acting except for the parts in which she walked the ramp, where she looked abrupt and overconfident for someone who has neither practice nor experience. 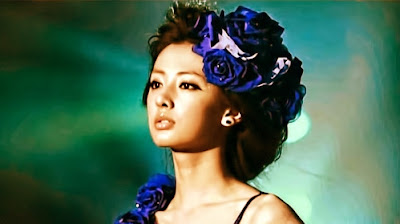 The allure of a foreign language and Japanese culture was the sole reason behind my watching the movie, and it didn’t disappoint. It has a fascinating style of storytelling that’s totally different from Bollywood and Hollywood. The modern day youth culture in Japan is showcased very well in the movie. I was touched by the subtle messages conveyed like “I’ve chosen to walk my own path in a life that’s nobody else’s.”. The movie did leave a lasting impression as it didn’t preach, nor did it portray any larger than life characters.