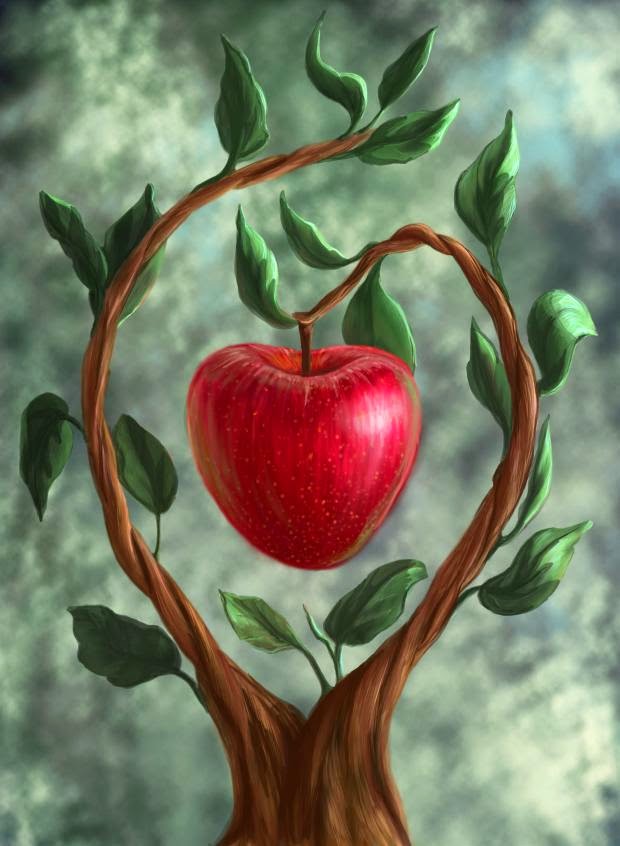 Adam, the hare had received an unexpected gift from his Uncle Sam - the Sleeping Leaves of the Forbidden Park. These leaves had been in his uncle's possession since he was an eight year old kid. Sam had thrown a big feast for his nephew. But Adam was a naughty hare who only cared about using his new gift to put someone to sleep. And suddenly, he had an idea. He found a way to enter the Forbidden Park. Stupid young hare!

He went to the house where food was being prepared for the feast and put the powdered Sleeping Leaves in the wine. Now, the whole city would be asleep after the party. Soon, the feast started. Not a single person was without a glass of wine. Adam was now waiting only for everyone to fall asleep. Gradually, all the guests fell down, one by one. When Adam was sure that no one would be awake, he made his way to the Park.

From outside, the Park was nothing but a barren field. He opened the gate. There wasn't a lock since nobody dared to even come near that area. He entered the gate. And the view changed. The park was full of trees, bushes, grass, a vineyard and right in the middle stood a sparkling white fountain from which flowed glittering transparent water. Adam was tempted to take a sip. He knew what it was. The Fountain of Youth! If he drank from the fountain, he would remain young forever.

He went closer to the fountain. His reflection in the water greeted him. He took a sip of water from the fountain. His body felt stronger, fresher, renewed. Now, I would be young forever. He happily thought to himself. Beside the fountain, protecting it from the harsh sun grew a giant tree. He had heard from his uncle that it was the tree on which grew the Forbidden Fruit whose powers were unknown to his kind. The fruit was round shaped and blood red in color. Some of them were green and yellow too.

On shaking one of the lower branches, a red fruit fell to the ground. He picked it up and took a small bite. It tasted nothing like any of the fruits he had ever tasted. It was sweeter than the sweetest fruit and felt heavenly. But soon, that feeling was gone. His throat started burning and every part of his body hurt. The world spun around him and he fell when his legs could no longer hold his body. Then the night closed in on him.

He slowly opened his eyes and tried to remember where he was. Yes, he was in the Forbidden Park. And.... he had eaten the fruit. The Forbidden Fruit! He had thought he was dead. But this was something worse than death. He was wearing a knee-length....robe? And his legs and arms were unnaturally long. He had five fingers and five toes. He body was not white. It was the color of peach. What was wrong with him? He went to the fountain to see his reflection.

And he saw the most beautiful creature ever. Small ears, pointed eyes, distinct nose and mouth, black soft and silky fur over the head. This was something he had never even imagined.

The stupid young hare had just become first human ever. The folks of his world were forbidden to taste the fruit because the tree was said to be cursed. And the curse would fall upon all who would dare to take a bite. Now, the curse had fallen upon Adam. Adam, the father of all humans and the wisest of all, was once a stupid hare.

This short story has its origin from the creative juices of my dear sister, Samikshya Mishra. You can read more of her stories and beautiful imaginations here.
guest post short story