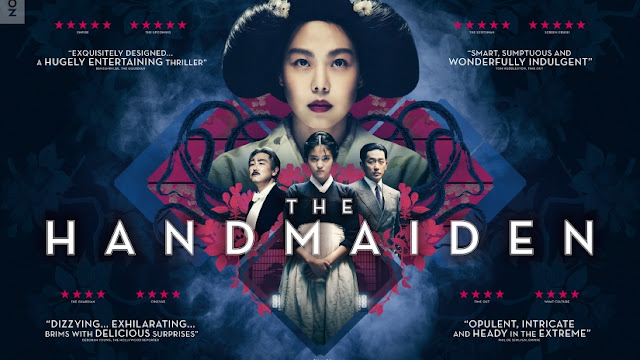 When I watched the trailer of ‘The Handmaiden’, I had a picture of who is innocent, who is being tricked and the suspicious hints in the storyline. But what I found in the first half of the movie, was totally different from the impression that the trailer had had. A Korean girl from a con artists’ household travels to a rich Japanese home to play Miss Hideko’s personal maid, Tamako, with the mission of making her fall for The Count- another acquaintance who wants to get her inheritance for himself by marrying her. Things go out of the plan when Tamako feels for her missus- pity, love and remorse for the innocent being that she was and wants to prevent The Count from taking advantage of her and hurting her in the process of acquiring her treasures. Tamako herself is in dilemma, as she wants riches to fulfill her own dreams, but wants Hideko to be safe from their ploy. 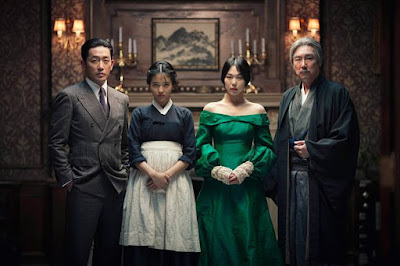 Lady Hideko is delicately beautiful. She was raised as a virtual prisoner by her uncle, the book collector who wanted to marry her. She led an isolated life, with a fixed routine, which included reading poetry for her Uncle Kouzuki and his male guests. The elegant execution of the dense plot in the film not only enthralls but also keeps that element of surprise constantly alive.

Towards the interval, I am confused by the sudden turn of events, who is plotting and who exactly is being tricked in the process. Glued to the screen!! The narrator changes after the first half. Hideko shown as meek, shy, and submissive is now the narrator, reminiscing the troubled childhood, and her relationship with her uncle who wanted to marry her eventually, to have access to her possessions. The mere fragile-looking woman was plotting her escape and planning her way to freedom from the very beginning.

Her looks are deceptive. She pretends to survive. She enacts a play to get away. Her fragility is a deception. She places someone else, in her own position, as the prey, after winning her confidence. We see the events that surpassed from another vision, another set of eyes. Have the prey and the predator teamed up together?

More twists take place in the tale when the lady falls in love with her maid. There is adult content involving nudity and sex. The movie now turns towards erotica. The Handmaiden, directed by Park Chan-Wook is a love story, a suspense thriller, a maze-like story set in Japanese-occupied Korea, in the 1930’s. It is based on Sarah Waters’ Fingersmith- a 2002 novel set in England. The frames are scenic, artistic, and beautiful, to say the least, while being blatantly sexual, perverse and violent at times. At times it’s psychological, drawing out that sense of fear from the audience. Sometimes it is surreal and gothic. 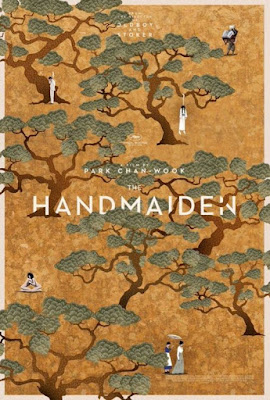