A Book I Loved #ChatterPrompts 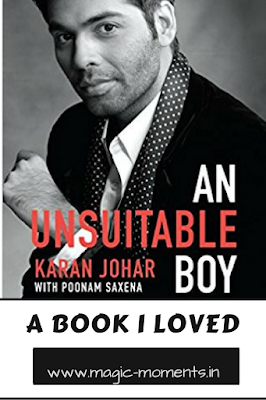 Memoirs are trending these days. They are the talk of the town. People are raving about them, readers and non-readers alike. Celebrities are opening up about their long-held secrets, private lives and struggle stories through their memoirs. And fans are able to get an exclusive access to their minds and tap on to the emotions that make them the person that they are. The story of their lives offers motivation and inspiration to anyone in need of it. Memoirs have become one of the most popular and sought-after genres today.

I had picked up the Kindle version of ‘An Unsuitable Boy’ by Karan Johar, sometime last year. It is a bare-it-all, an intensely emotional piece of work, with one key ingredient that Johar does the best, that is great storytelling. I thoroughly enjoyed reading it. It’s a good book for those who like his work, his films and like reading about the Bollywood. It’s not a work of great art or literature for that matter, so don’t pick this up if you are looking for one. It might disappoint.

I have taken a liking to memoirs and such personal pieces in recent years. Looking into someone’s life from close quarters, especially someone you admire from afar, through his own words is such a privilege. It was such a pleasure reading about KJo's childhood(I loved this growing up years the best), his family, his friendships, and his journey of carving his own unique place in the film industry.

I personally loved every bit of the first half that concerned his childhood. The pain of leaving his parents behind when he was made to join the boarding school. The trauma of a lonesome child who got bullied for having female-like gestures and body language being 'effeminate’. The child who had not many friends to confide in, no sibling to share the empty space with- that introverted, sad and lonely child. My heart went out to that child. And it was rather inspiring how he went to special coaching to improve his speaking skills, voice modulation and body language skills. To learn the very basic art of getting comfortable in one's own body and carrying oneself well in it in public. He worked on all his shortcomings secretly, without informing his family. So beyond all the success and everything, you as a reader get to see the humble start and the entire struggle in details- his body issues, weight and confidence issues, everything. And that in itself is very inspiring.

Love, loneliness and grief are very relatable emotions. And these emotions spoke to me in this book where emotional intensity and honesty are at its peak.

KJo's time as the assistant director for DDLJ and his time writing his first film as a director 'Kuch Kuch Hota Hai' makes for a very interesting read. Another favourite part of the book was the equation that he shared with his father. The episode during the filming of ‘Kal Ho Na Ho’ when Yash Johar was diagnosed with cancer was sad, tragic. Then the funeral, the speech at Singapore Filmfare Award Function, his taking responsibility for The Dharma Productions and the onward journey over the years is deeply  moving.

You’d come across several known names of the film industry and his relationship with them. His fall-out with Kajol. His friendship with SRK and Tina. His viewpoints about the films like 'Lagaan', 'Dil Chahta Hai' and the controversies around 'Kabhi Alvida Na Kehna' were not new. It includes lots of Bollywood talks which most probably you'd know. Towards the second half, it was boring, I agree- almost repetitive- the talk about the newer generation, etc. I remember having skipped most of these last parts.

It’s quite a riveting read otherwise- like a monologue or an extended conversation or a personalized documentary.

Written as a part of #ChatterPrompts - BlogChatter 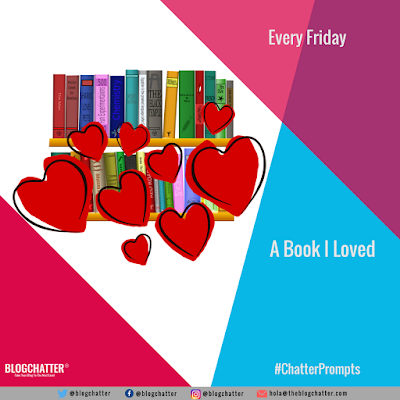