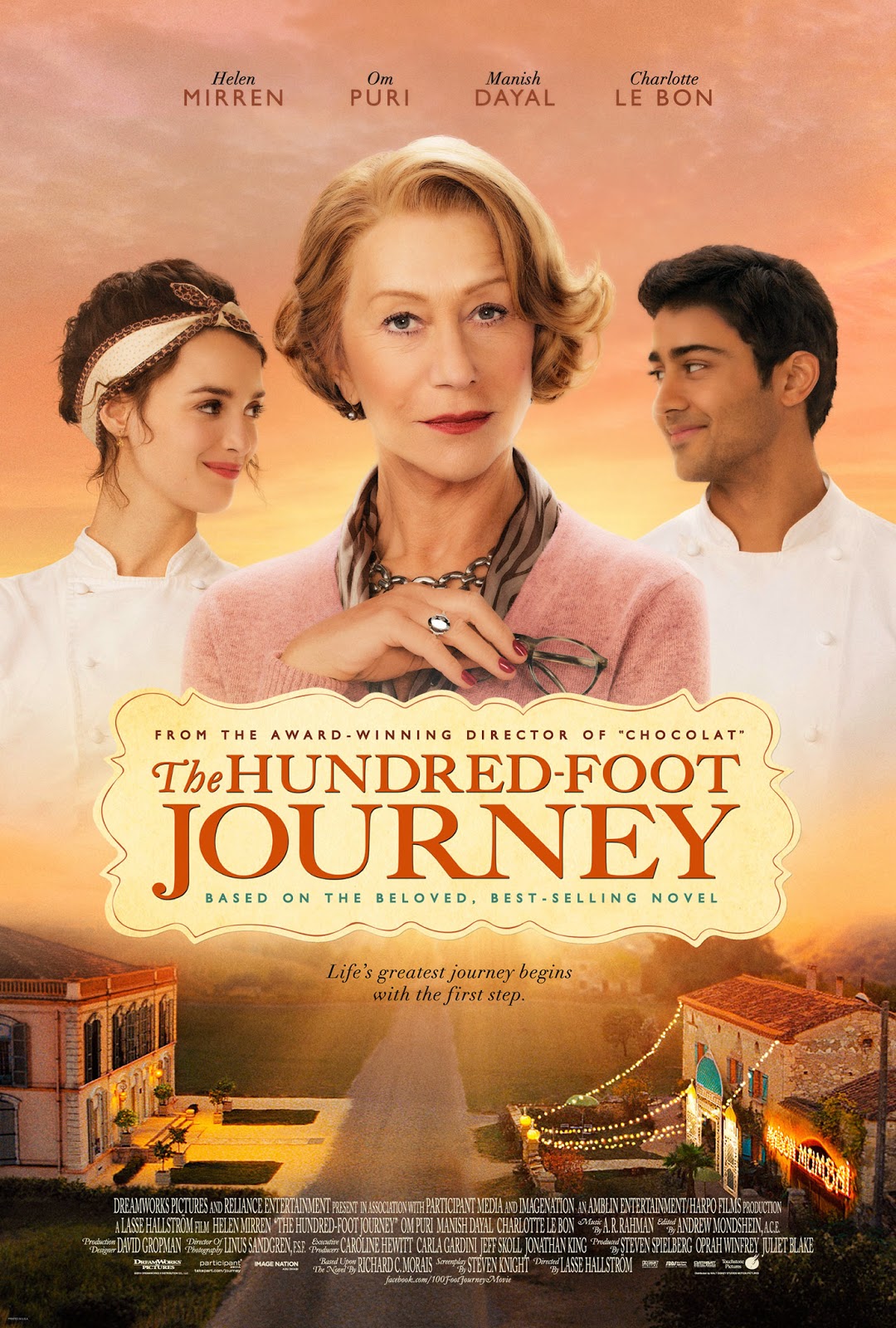 'No family is an island onto itself. It's always a part of a larger culture: a community.'

This movie is about food. Food, food and more food. It’s like a food carnival. A cross cultural culinary tale directed by Lasse Hallstrom. It is the film adaptation of the best seller novel of the same name by Richard Morais’. French and Indian cuisine shown in all colors and flavors would leave you feeling hungry by the end of the movie.

An Indian family plans and moves to Europe to a French locale to start an Indian restaurant there. They start from scratch to build a legacy just across the road of a already Michelin starred restaurant. 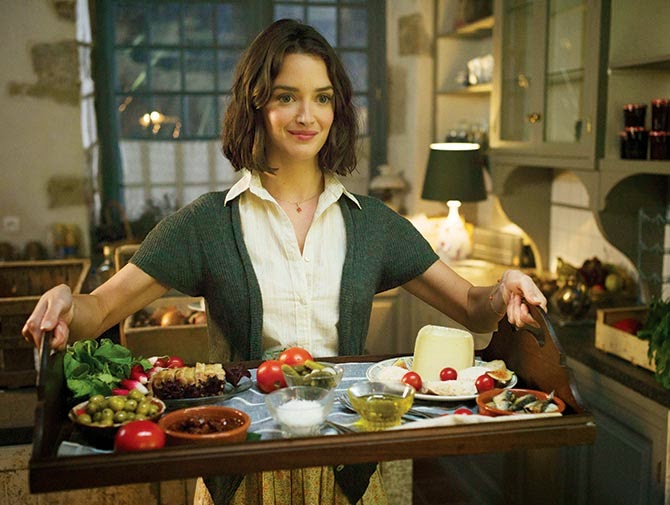 I loved the movie not only for its picturesque locales and beautiful colorful dishes, but also for its story and plot. It’s a story about following your dreams, and finding satisfaction and success in what you love doing the most. Searching for quality mushrooms in wilderness, catching fish together, sniffing the supplies before using them and tasting the wonders created in the kitchen, Hassan and Marguerite enjoyed the fusion of all things good in French and Indian way of cooking. Aiming for Michelin Star, both paved their path with continuous effort but Hassan was the one to get it first. ‘He’s now for the Gods. The world is waiting for him,’ the Madame Mallory said overwhelmed by his achievement. He created art with his signature dishes, mastered the ‘science’ of cooking and soon this Indian boy from nowhere found place in magazine covers and headlines of newspapers. I was left bewildered and happily surprised by the elaborate ‘cooking labs’. It’s a must watch.

Food makes us emotional. Food creates memories. Certain smells reminds us of our loved ones. The taste of ‘jalebis’ reminded Hassan of his late mother, and that of vinegar made Margaret miss her late father. Every bite of Indian food with ‘amchur’, ‘kalajeera’ and ‘garam masala’ takes Hasaan home, down the memory lane to his childhood, to his mother. There’s a scene where Hassan learns to make the five main sauces of French cuisine, reading the cookery books loaned from Marguerite, and achieves perfection in just one day. Marguerite is beyond words as his skill and talents surpass all her expectation. I really, really wanted to taste those sauces- especially the soya-sauce like black one, and the velvety red one. 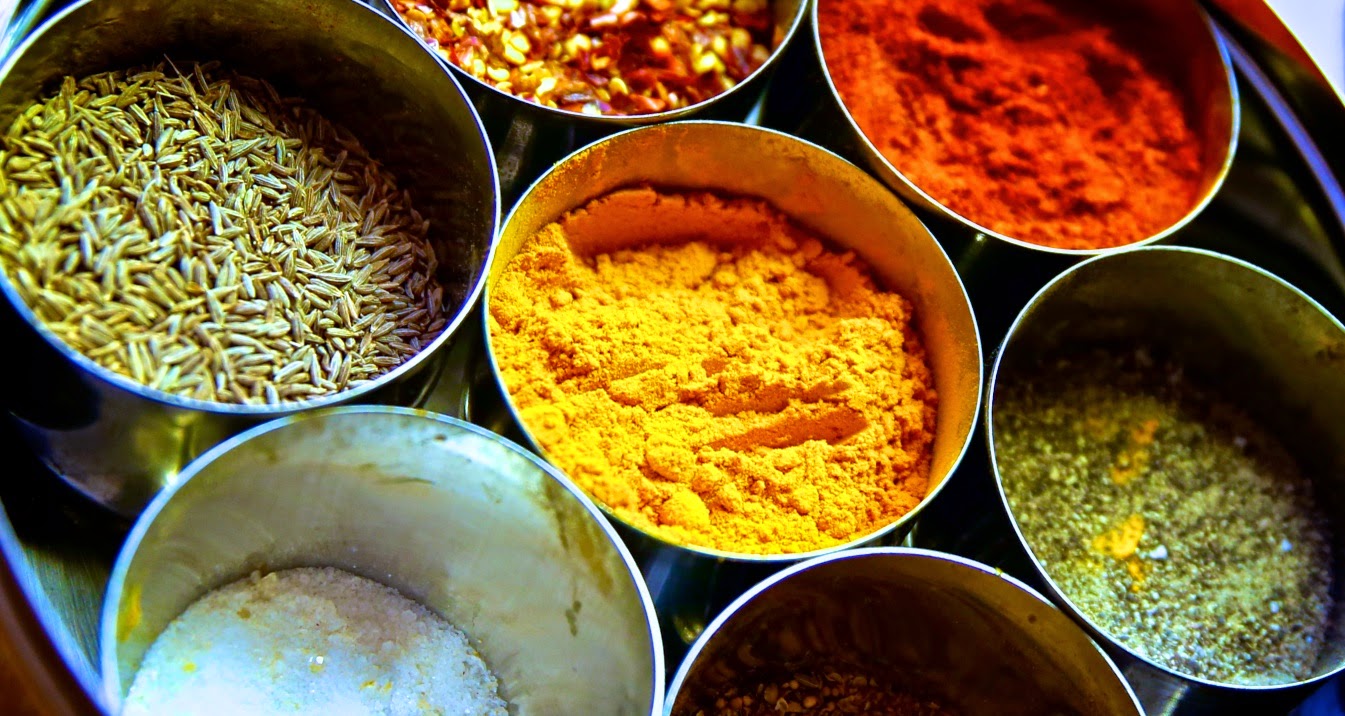 I do have weakness for tastes and flavors- especially the ingredients and the art of chopping and cooking. This movie was a treat to my aesthetic senses. It was like watching my favorite ‘Masterchef’ episodes for two hours at a stretch. And it had me browsing French recipes in the internet and the menus of nearby restaurants.
movie review the hundred foot journey