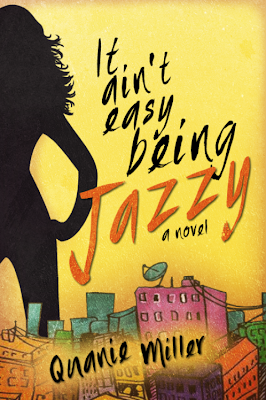 This review is written as a part of the Crazy Bookworm's book reviewing program.

It is the hilarious story of Jazzy aka Jasmine T. Peacock, and the more hilarious people surrounding her. Starting from her best friend Serai who wants to avoid marrying to anyone on ‘Craigslist’, to Jazzy’s mother who goes spying about on her neighbors day in day out, to the neighbour who offers Jazzy some yucky looking cabbage soup every day, the book is full of funny characters. There’s Aunt Cleotha who clutches her pearls in every sentence of anxiety and hysteria, baby Jordan who is a hell to manage, and rival Mercedes who though on the revenge list, is no less comic.

There’s comedy full on and laugh out loud moments in each page. One can’t help but burst into loud heehaws clutching the stomach at certain times- especially Jazzy’s advice blog posts and replies to the customer-problems. Those are uproarious to the core. And the best part is, it’s not just a jotting of entertaining events. It has a story, a good one that too. The occasional tug of war between Mercedes and Jazzy, her confusion regarding Curtis (the ex who could cook) and Reggie, and the unexpected twists and turns add spice to the story.

The novel reminded me of the days of ‘Wizards of Waverly Place’, ‘The Suit life of Zack and Cody’, and ‘That’s so Raven’. Ah sweet comedy, sweet laughter- the best vacation indeed. I say, though comedy and chick lit is not my choice of genre, I liked reading ‘It’s not easy being Jazzy’. And being the debut book of Quanie Miller it’s quite commendable work. Read more about the book here. 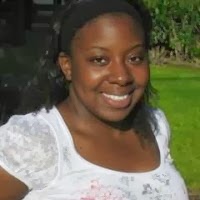