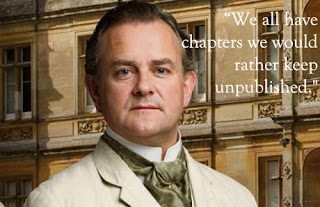 Downton Abbey. The second season had more story to it, and of course more number of episodes than the first season. It’s the story of Lord Grantham, the Earl of Downton Abbey, his family, and the people around them- the servants (house maids, lady’s maids, cook, helpers, footmen etc.), the people of the town and the relatives. It is essentially a collection of stories of the lives of each and every character, through the situations of sorrow, happiness and despair, and through the changes that the war brought with it- the advancement in technology (increased use of telephones, electricity, more machines), the lessening of the disparity between the aristocrats and the civics, and the dignity of labor (a job was not considered suitable for one class and unsuitable for the other). 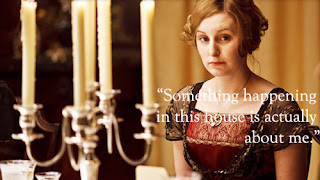 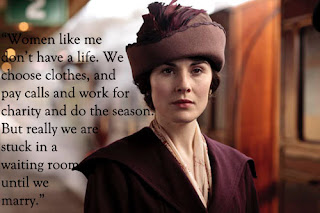 In the second season I loved Edith- she had changed so much from being a perpetually jealous nuisance of a sister to a kind and considerate human being serving the injured soldiers by providing them books to read, reading for them, chatting with them to lift their spirits up, and writing letters for their near and dear ones; war never leaves anyone unchanged for good or worse. 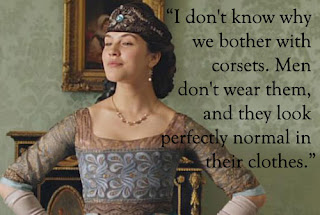 I loved Mary too- though she had made numerous mistakes and bad decisions in the past, she lived in acceptance of the guilt, and whatever fate she had wrongly chosen. And she loved Mathew dearly, beyond her aristocratic airs (and how she made peace with him, wished him luck, and prayed for his safety at the front, and the relief every time she saw him in front of her eyes), even though he had Lavinia in his life, through thick and thin. I had hated her decisions and self pride, but I wanted her to be happy. After all everyone is human, and mistakes are a given.

I loved Sybil for her courage to choose her life, the kind of life she had always wanted- to do a job, to make herself useful, and to live with the man she loves- Branson, though the world disapproves of any relation with a middle class chauffeur for her kind. She has the guts to face her family and ask permission, which they finally give along with their blessings, owing to the changing world. 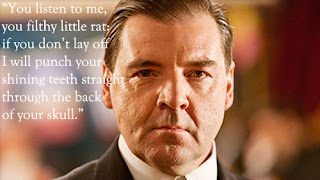 Among the servants I wanted to slap Ethel at first, but then pitied her; loved Daisy and missed William, poor chap, he was so much loved; and loved my favorite couple Anna and Mr.Bates throughout their journey from joy to hopelessness. At the end of the day, everyone had a good side and a bad side- liked Miss O’Brien and Thomas for that- after all they were just unloved and uncared for, wretched souls, but humane, who couldn't avoid being unkind to others.

I love this British series. I truly do. Will watch season three soon.
Downton Abbey