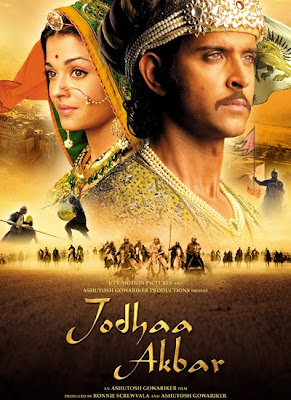 Very rarely does it happen that I like a serial. And when it happens, it’s most probably a historical or a mythological one. I have never understood why I am so drawn towards those. Be it Mahabharata, or Ramayana or even Krishna of childhood days; or Prithviraj Chauhan of early teenage days towards sweet sixteen – I have been a devout viewer of their episodes, and an ardent fan too. Now I’m watching ‘Jodha Akbar’, and it too brings the same eagerness back.

‘Jodha Akbar’- the movie. Its story, characters, dialogues and songs are still fresh in my mind; and it still remains one of my favorites. The age old folk lore of this love beyond culture and religion- the love that changed a cruel and ruthless king to a benevolent and kind one, I’m sure, resides close to many of our hearts. And Aishwariya still is the perfect image of the beautiful, but fiery Rajput princess; and Hrithik’s voice and the Urdu dialogues have lived with me. 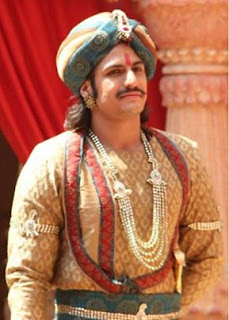 So, for all reasons, I was skeptical at first, about Ekta Kapoor’s this venture- a first attempt at
anything historic; and also about Rajat Tokas, the former Prithviraj Chauhan, playing the role of Akbar. Could he manage Urdu dialogues with the same proficiency and magic? Would he look good as a Mogul, with that moustache and ‘kohl’??? Could this Jodha portray the Rajput princess well? I used to think. 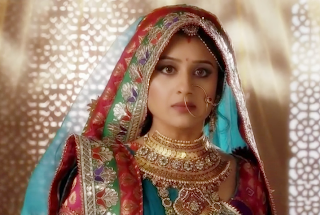 But this, Ekta Kapoor’s serial was beautiful- with all the elegance and grandeur, both of Rajputs and Moguls- beautiful palaces, faces , costumes, and also good actors. And the story is proceeding at a good pace, unlike what was expected- that everything ‘Ekta’, will drag. (My favorite was the royal marriage week when the episodes were one hour each rather than the usual half an hour.) And though at first Akbar seemed immature, now I like his emotionlessness with a hint of heart, his arrogance at being the ‘Shehenshah’ of Hindustan, and his ‘taqliya’ or ‘mukammal’ or ‘jodha begum’ or any other Urdu words he speaks… Jodha is beautiful, and brilliant is her acting- her dialogue delivery, her proud stance and stare and grace, and her fierceness while horse riding or sword fighting... No one could suit the role more.
jodha akbar