Growing up and Change.. 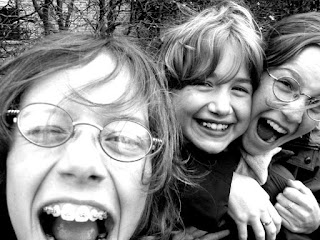 When I think of 11 year olds, especially, boys of age 11, a particular kid’s face comes to my mind. We used to go to school together in the auto with three others from our colony, and I was in 11th grade. He was one of the cherubic kids who’d talk easily with every stranger, and gossip incessantly on any topic he got. I remember how we all played ‘Rock Paper Scissors’ back home from school and how he would wave at every stranger and passersby on the road and say “hello bhaiya”( or didi or uncle or aunty or bacchha). He would exchange pleasantries while the auto is on the go, and the strangers would be looking dumbly at him wondering, “Who is this boy? Do I know him?”. Some of them, rather, most of them were charmed by this kid’s cherubic happy attitude, and they would wave him back.

This routine of him waving at and talking to random strangers was something I really liked. Another incident comes to my mind. It was perhaps my third day at the new school, and we were waiting for the auto after school. Auto-uncle was late, and this kid was busy blabbering about some of the tricks he had learned at his activity class. And then he out of the blue asked me,”Didi, do you have a boyfriend?” I had almost laughed at his face hearing the question. Yet I contained my urge to do so and replied, “no”. He gave a nod, with serious expression.”Ya, good. You should not get into these trouble,” he had advised me- this little 11 year old grandpa of mine. Aww!... he was so adorable and cute. I had laughed a lot after reaching home.

In 12th I had my scooty, so I didn’t anymore go to school by the auto. So, at first, every time I met any of these people, they would smile or wave at me and say “didi, we miss you.” I missed them too, especially the dear little grandpa. But today, things have changed. Four years have passed and things are not the same. What happened you ask? Well, “growing up” happened. That kid is now no more his funny self. He is deep into his studies- preparing for his board exams. He has grown tall, really tall. Earlier he was very short heighted and everyone would ruffle his hair. He liked to be treated as a kid. Now, perhaps he no longer likes to have his hair ruffled. That would probably embarrass him, and perhaps he likes to be treated as an adult. 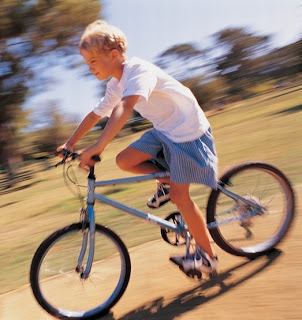 Earlier, he could be sighted in the afternoons during his cycling sprees or running sprees (he was too short for football and cricket field was owned by seniors during that time- he’d say), and he would wave at me, from wherever he was- even if I was on the terrace and he was cycling down the lane.

But now, he plays football and badminton, and thinks twice before he waves and hardly notices or recognizes me. When we meet face to face, which is very rarely, he says a ‘hello didi’ that lacks all the smiley expressions he once used to give.

Well, yes, that makes me sad and in deep recesses of my mind, I really wish, he hadn’t grown up..
11 year old change cherubic growing up