The Lost Crown- A Book Review 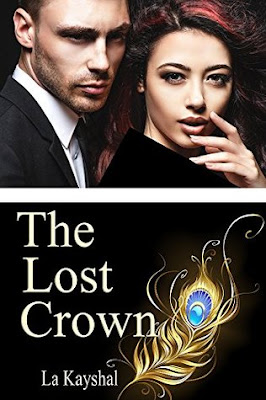 From the book blurb:


“A symbol of wealth, power and prosperity, the crown was never meant to be found.”
Carried away in the torrents of curiosity, Dr Ryan Johnson is accompanied by his happy-go-lucky friend, Christian Willis, to the golden city of Jaisalmer, India, in search of a crown lost centuries ago. They never expected a simple archaeological excavation to turn into a game of life and death. Problems arise when Ryan picks up a street fight and finds himself in a messy situation with a feisty, Deiva Chauhan. In a foreign land rich in traditional acts, his bachelorhood is at stake when he is simply ordered to act as Deiva’s fiancé. An easy ordeal if only the two could get along. Ryan discovers that his expedition was never an easy one especially if the only clue available was an old tale which to his disbelief said that magic was involved in hiding the crown. In a romantic adventure where Ryan’s beliefs are questioned and courage is tested, will he be able to stand up to the challenges of his quest?
About the Author:


La Kayshal is Fiji born and bred with an Indian heart. After spending a very special part of her life in the paradise of the Pacific she recently moved to Queensland, Australia. She is a typical female who likes to snuggle in her bed with a novel because she thinks it is the best place in the world to drift into one’s own world of imagination. She is an avid reader of classic love-hate romance books, which is a rare treat in books of today. Unable to get what she was looking for, she set off on a journey of her own with an ideology of adventure intertwined with romance with a sprinkle of suspense which culminated in The Lost Crown.
My Review:
The narration is fast paced- either the action raises a great deal of curiosity and immense thrill or the scene changes every two pages. Take my word there won’t be a single instance that you’d get bored. There’s a lot of adventure and chase involved throughout the novel. The treasure hunt and the guessing game is interesting; with a hint of magic and the old Indian architecture it takes you through secret passages, tunnels, hidden gateways, dark labyrinths, deserts, camel rides, royal weddings and almost the whole culture cauldron of Rajasthan.

And there’s romance between the unusual leads- British archaeologist Ryan, who has so much interest in Indian lost artifacts and Deiva, cultured Indian maiden born and brought up in palaces who wants to seek freedom and escape the restrictions imposed on her but nonetheless is proud of her roots. Certain subtleties of Indian way of life, way of expressing deeper feelings and hiding vulnerabilities is brought about well by the author. Decisions which come naturally to our western counterpart may be too difficult for us to take. Take perspective is brought about well here through the character of Deiva in her monologues.
This book can be made into a hit Bollywood movie. It would really make a worthy adaptation with so good a plot, feisty heroine, inquisitive hero, and a stereotyped villain- all as per our liking. And talking about the book- once you start reading, you’re going to end it. You won’t be able to leave it in the middle. Every chapter leaves a mystery and is well connected with the other chapter; so the curiosity is too high to let you stop reading altogether.


It’s a standalone book. My rating-4/5 stars. And I thank La for providing me an ebook in return for an honest review.