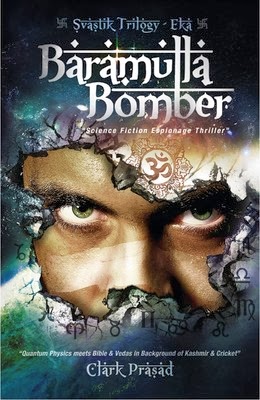 “An ancient weapon from the Vedas and bible once hunted by the Nazis, powered by the sound of the universe, reborn with the help of Quantum Physics, going to be unleashed onto the world and Kashmir holds its secret.”

I received the book from the author Suraj Prasad through The Write Tribe Book Review Program. I had liked the cover page of the book, and the blurb on the back. The mentioned genre ‘Science fiction Espionage Thriller’ also piqued my interest. Being a Dan Brown, James Patterson and Ashwin Sanghi fan, the thriller genre is one of my favorite. And that coming from another debut Indian author, with an Indian backdrop to the story made me apply for reviewing the book.

In a Brief:
“Quantum Physics meets Bible and Vedas in background of Kashmir and cricket.” This is what the book can be described as in a single line. There is some kind of an impending war and political broil in between nations- India, Pakistan, and China, concerning Kashmir in the story, given the recent history of wars in 1971 and 1962. There’s a mystery regarding the primordial sound that existed during the creation of the universe, being used to make a fatal sound weapon to be used in a terrorist attack. “In the beginning was the Word, and the Word was with God, and the Word was God.” And that Word or the primordial sound exists almost in every religion in its original or a derived form. Then there’s The Shaksgam Valley incident, the alien link, and The Guardian families of the twelve zodiac signs- all jotting of different events in different time frames and countries but leading to the same ‘The Event’. Any ardent fan of cricket will like it too.

I liked the first hundred or so pages a lot. Robert Oppenheimer, his apprentice, the experiments and the findings, Mansur of Haider family and the family’s history, again the Sweden agencies and the entry of Adolf was all very interesting for me. Actually at first, as I was so excited to read the book, the starting chapters felt like reading another Rozabel Line. Even though having a free mind while reading is what I had meant to do, I couldn’t help but compare. The chapters juggled between past and present, or let’s just simply say different time frames, which I managed through. While the first 100 pages build up my curiosity and attention for the themes and subjects in the plot, the next 100 pages failed to keep that alive. Not much effort was taken to reveal the mini mysteries one by one in the mini subplots in this span of 100 pages.

There were repetitive sentences in the deduction process, which seemed quite slow at times. I felt there was a minimum progress to the story line while just numerous events were getting added to the timeline. So I think that the length of the book has been quite unnecessarily extended and that it could well do without 50 or 60 pages. And though I liked the facts used for the story from different cultures and field of studies, the many repetitions of the same data sometimes irritated me. This book took me the longest time to read. Still I would like to add that the illustrations, the maps, the symbols were good.

Having said all that, I think for a debut author Clark Prasad, as Suraj Prasad likes to call his alter ego, ‘Baramulla Bomber’ is a huge feat achieved through so much of struggle and hard work. I do hope to read and like his second book of the Svastik trilogy. 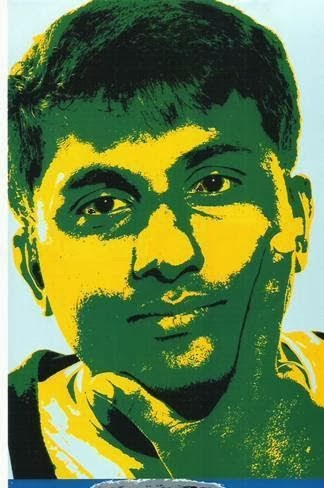