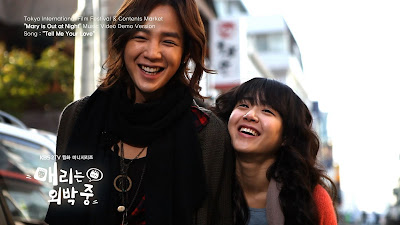 Korean series somehow succeed in making me get attached to them. Watching ‘Mary stayed out all night’ presently and I am already emotionally attached to all the main characters. All the characters are complicated; they are spoilt in certain ways, vulnerable, and are not what they seem at the surface. Fate and destiny has taken a toll on each of their lives. Life has not been just enough. Kang moo kyul- the main hero of the series, has never experienced parent’s love by the sense of the word. His mother gave birth to him when she was 17, when she was a child herself and ever since he spent his childhood living at various relatives. And even now he sees to the whims and fancies of his immature mother who just demands ice cream and kimchi and money every time. On the surface he seems a cool indie band lead vocalist with his guitar; girl swooning over him and a typical playboy who rejects no girl but also doesn’t extend a relationship more than a month. But in reality he is deep; an emotionally drained person who hates it if someone calls him unlucky, and pushes everyone who loves him away from his life because he wants them to have a better life. My heart goes out to him every time he cries which is rare enough; because those are the times he can’t help but be himself.

And another character I really like is Seo Jun. She’s a very good person at heart. If she likes anyone, she likes them truly. If she loves someone, she loves wholeheartedly. She’s a very loyal person, and expects the other person to be loyal to her. But she usually doesn’t get what she deserves. Life’s harsh on her. Loyalty of people towards her turns out to be fake or short-lived. She plays along as if nothing bothers her, pretending that she doesn’t care about what people think of her. But in reality she slowly retires herself from the world into her own cocoon of tears and loneliness. She’s such a lovable character; you would want to cry with her. When she breaks down, the feeling of helplessness is blinding, and whenever she smiles, a feeling of satisfaction and contentment would cross you heart. 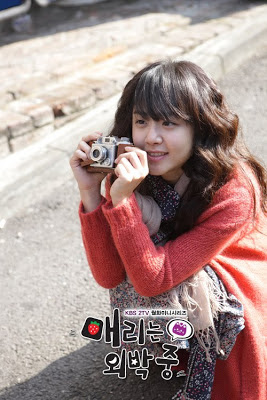 Mae Ri is childish. Her hobbies are so similar to me- watching Korean dramas, reading fiction novels, writing and reviewing scripts for dramas, etc. She’s cute and sweet and innocent, especially when she knits mittens and sweater for Moo Kyul, waking the whole night. It’s so cute when he teases her Merry Christmas and she calls him Happy New Year.