By Pratikshya - June 30, 2011
In the serial ‘Gulaal’, we see Kesar (after a ten year’s leap) writing letters to Gulaal but never posting them; just treasuring them in his own drawer.


He has written everything in those letters. Every feeling, every emotion that touched him in the last ten years that he spent in hostel, away from his village, his family and Gulaal. Starting from the anger that burns him; the questions that intrigue him; the confusion about what the truth actually is; the feeling of missing Gulaal deeply; the longing to meet her and talk to her – everything has found a place in those letters. But every time she came to visit him in the hostel, his angry side would resurface, and he wouldn’t even come in front of her or meet her. He would just hide somewhere in the corridor and watch her leave. Then again when she would not be there, his eyes would search for her. Kesar’s emotional turmoil is a theme in itself. And those letters are an entity in themselves – very essential part of the story; the pivotal point around which the lives of the characters revolves. After his return to the village we see him rereading those letters again and again whenever he is in confusion or regret over his own behaviour. Those letters are his most priced possessions. He argues and bargains with his own heart and soul every time confusion grips him. He himself is uncertain about his feelings for Gulaal. He is thankful to her from the core of his heart for making him a responsible person but is also angry with her for she had send him away from herself for a whole ten years and for she has all the truths buried in her heart, deliberately hidden from everyone—the truth that has changed everyone’s life in the family. In this confusion of love and hate, sometimes love surfaces and sometimes hate. But at the end it is love that becomes more powerful than hate. 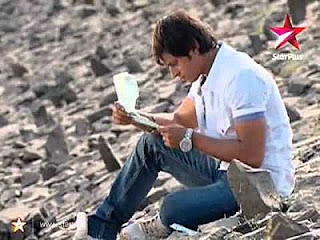