The Island by Victoria Hislop - Part I 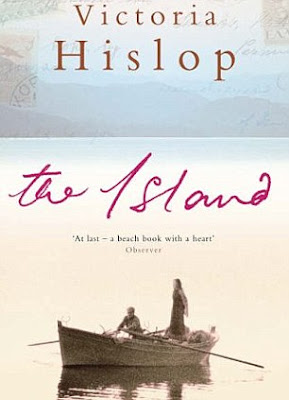 I have come across a book, ‘stumbled upon’ rather, or more aptly- 'the book happened’- ‘the book found me’, which makes me feel the tumultuous tsunami of emotions of the people who lived ages ago. These are the unaccounted tales, stories too overwhelming and sad to pass it on to generations as legends. Only time bears a testimony to the struggles, the tears, the fears, and the lives lost. At the core of the book is a disease- long feared, long prejudiced; its sufferers ostracized to the likes of rapid animals, outcast from society as ‘the unclean one’- leprosy.

‘When she travels to Crete to unravel the mystery of her mother’s childhood, Alexis Fielding finds herself drawn to the tiny island of Spinalonga, once Greece’s main leper colony. Sophia Fielding has steadfastly refused to discuss her past, but by reawakening long-dormant memories in those familiar with local history, Alexis uncovers a powerful story of four proud generations linked by a tragedy in this fine debut novel.

Alexis looked down at the little Cretan village shimmering in the afternoon sun, the white houses and the harbor fringed by a blindingly blue sea. Could this timeless, idyllic place, lost in a haze among the olive groves, be the key to her mother’s secret past? Might it even provide the solution to her own future?’

The story so far-

Alexis comes to Crete to discover her mother’s secret past- her family history that she had so carefully guarded. She had always been uncomfortable and rather sensitive about her life. Alexis befriends an elderly lady in Crete who happened to be her mother’s neighbor while she lived there, and listens to a fateful tale of four generations of her family she had no idea about. The tale starts with Eleni- Alexis’s great-grandmother who was diagnosed with leprosy in her early thirties and had to leave her husband and two daughters forever on a one-way journey to the leper colony in Spinalonga. It is a tale of an impregnable heartthrob, unattainable dreams, lingering memories, and yearning of the most basic of human needs- to touch.

My thoughts so far-

I am overflowing with all that is left unsaid, all that is well hinted at and silence is trusted to convey the meaning that perhaps words can’t.

The lepers were so mistreated in society, they were treated like stale goods or rabid animals, hands tied behind their backs they were transported miles from everywhere to Spinalonga without proper care for food, water or shade. They were loaded and shipped like cattle, without any dignity. They yearned for love and belonging while living the rest of their days feeling cursed, doomed and fated in exile. They couldn't even touch their loved ones before bidding them the final farewell. No hugs in their fate to offer solace.


What surprised me a bit at first was that being exiled to Spinalonga was actually a respite from all the ill treatment. They felt needed and had a sense of belonging here among the others like them.