When I first held the book ‘Chokher Bali’ I had no idea that knowing you would be such a task. Getting to know you was like deconstructing layers of a rose; I liked you, empathized with you, loved you, hated you, sympathized with you, was jealous of you, and yet finally missed you. I would say, I didn’t judge you, even when you were your worst possible version in the situation. I just read on and on, to find the reason.

‘Chokher Bali’ was the first full-fledged novel by Rabindranath Tagore that I read. My first impression of you was- shrewd, intellectual, well-read, and someone who has a way with words. Kind, gentle, caring at heart with an eye to detail. It was sad that you were a widow; someone who didn’t have much of a married life; someone who didn’t know how destructive and fatal amorous desires could be. And I pitied you when your repressed desire for love and romantic pleasures were brought back by witnessing the rendezvous of the newly married couple. It opened a pathway of doom and disaster not only for them but for you as well. You left so many lives in havoc in your wake to seek your own happiness, satisfaction, and revenge for the injustice life had done with you. Jealousy and seeking that which is not yours brings no good, it just creates barriers and rifts. I was sad, angry and disappointed with you for the path you chose. I wanted to stop you so badly. I wish you had known what it would all lead to finally.

Ashalata was so naïve and simple. Innocent to a fault. She couldn’t even distinguish pranks and censure, and what is real from what is a façade. She loved and adored you dearly, you had become an intimate part and parcel of her life. But you were unnerved by her unintelligence and naivety, her lack of intellect and her childish nature. Had you known how pure she was at heart! Had you known how much she treasured you! You lost such a true friendship. I know that you experienced murderous rage at her retellings of the passionate moments spend with her husband, Mahendra. You were filled with hatred and a mood for vengeance for the injustice. You felt neglected, not cared for, and taken for granted while Asha was crowned the queen of their lives. You were determined to take away everything that came in your way of seeking what you thought you deserved or you presumed was rightfully yours. I was not willing to continue reading at this point. I didn’t want such turn of events to happen. I didn’t want you to suffer for your own actions.

I confess I loved your words in the letters to Mahendra through his wife Ashalata’s pen, though they were not yours to write. There is a seductive power in good vocabulary, a reeling effect in word steeped with emotions and unexpected elation in the expression of passionate rage. And you must have known Mahendra’s exact thoughts on reading those-“Was there a hint in the letter of an ardour- veiled yet implied, forbidden yet intimate, noxious yet delicious, offended but unrequited?” But this was the start of all the chaos and hurt. Only had you chosen Bihari instead!

Bihari was such an ideal guy to root for- well disposed, but pitiable too- whatever was rightfully his, he had to give away to Mahendra, every single time, out of respect for Kakima who pleaded with him to do so. Sacrifice was his second name. Guilt and remorse his personality. But he’s idealistic to a fault- one with restraint and reserve who did not heed the misgivings of the heart to uphold respect and decorum. He’s miles away from any scandal or scorn. I so wished, dearest Binodini, that you could find happiness with him. I so wish that the misunderstandings hadn’t resulted in such turn of events.

I found solace in the way your story ended in the book- acceptance and normalcy at last. Will revisit you some day.

Till then. Be well. Miss you. 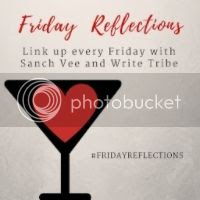